It’s three o’clock in the afternoon and you are like an untamed animal, sniffing around for something sweet to eat. Despite your best efforts to prepare a healthy snack box, those vege sticks and hummus are not going to tame that inner niggle and you are starting to feel irritated… WHY?

This might seem like a lack of self-control, but what you are battling with during these times are some very powerful hormones and not enough SLEEP.

We have two hormones in our body that control our appetite, they are called leptin and ghrelin. Ghrelin is a bit of a gremlin and an appetite increaser. Ghrelin levels go up in times of hunger and stay down for about three hours after a meal. Leptin, however, is our hormonal ‘appetite suppressor’ and researchers state that leptin can help keep the ghrelin under control. The problem is, the power of leptin is hindered when we are sleep deprived… So, if you have a rotten night of sleep, be prepared for your appetite and hunger to be elevated.

GIVE ME SUGAR NOW

A lack of sleep can disrupt our adrenal glands and make us feel very exhausted. When this happens we tend to look for energy to pick us up, and that energy is often the sugary kind! It is true that sugar gives us a fast boost, but it is shortly followed by a fast crash… So be prepared and instead of reaching for the jelly beans, opt for a protein based snack like nuts or yoghurt.

WARM UP WITH CAFFEINE AND COOL DOWN WITH WINE?

If you have a daily affair with both caffeine and wine, be prepared for a rocky night in bed. According to the Sleep Health Foundation, the effects of caffeine can last from four to six hours, but your body needs about 24 hours to completely eliminate it. Many people who consume a lot of caffeine think that it no longer stops them from being able to go to sleep because they have become immune to this effect. However, research shows that, even if they think otherwise, sleep is impaired and they would sleep much better if they abstained from it in the afternoons. As for alcohol, it may help you nod off quickly but that means you can bypass the first stage of REM sleep. As the alcohol wears off, you’ll go back into REM sleep and you’ll be more likely to have a disrupted sleep overall.

So, if you are battling with cravings, it may be because your sleep isn’t quite right. So, try and set up some sleep routines so you can start to normalise your sleep patterns and rein in those hangry feelings.

Until next time… Eat well, be well. 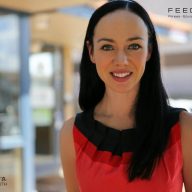 Lisa Donaldson is a highly regarded dietitian here in Canberra. She is a big believer in eating minimally processed foods and being an active participant in life. With a background in group fitness and education, as well as a Masters in Nutrition and Dietetics, she has her finger on the pulse to help you understand all things health and fitness.

Five Steps to a Better You What’s the deal with ketogenic diets? Is coconut oil all that?