Having been to the Palace of Versailles three times in her life, we couldn’t think of a more fitting person to chat to about the one-of-a-kind Versailles: Treasures of the Palace exhibition at the National Gallery of Australia than curator Simeran Maxwell, whose passion for bringing the world’s greatest art and culture to Canberra shows beyond her wisdom.

What can people expect from the exhibition? Perhaps for those who think it might not be for them?

This is honestly a once-in-a-lifetime exhibition and is one of the most renowned we’ve had here. Expect a lot of gold – gold was and still is, quite prominent in the Palace of Versailles.

There is constant conservation work at Versailles to keep it looking like it did in it’s prime, so the pieces we are lucky to have are in immaculate condition and the detail is extreme, it’s unbelievable.

This is one of the most complex exhibitions that the NGA has ever had, was it a complicated exercise bringing such high-value large items to Australia?

We’ve seen it all here at NGA and we deal with hard-to-assemble exhibitions and works of art every day. Because we have such a diverse collection ourselves we have very experienced handlers. In the middle of the Versailles exhibition, we have a 1.5-tonne statue and a lot of thought went into moving that. Preparation is key and so no exhibition is ever too difficult.

It’s hard! Especially for an exhibition like this one because all the pieces are so different. Walking through the exhibition you move through three really major periods in French art – Baroque; Rococo, which is over-the-top-gold and integrated with a lot of symbolism of strength, power and authority; and then the towards the end of Louis XV moving onto XVI and Marie Antoinette, classicism really took centre stage which was more paired back and conservative.

There are three really distinct styles, but I wouldn’t want to live in the Rococo era because there’s A LOT of gold! It’s very impressive but not necessarily something that I can see in my living room.

The tapestries are a stand-out for me because you don’t get to see this kind of thing in Australia very much. Tapestries themselves are something that has gone out of style so seeing a collection like this is so grand and unique, and if you look closely they are extremely detailed. You can just imagine the kind of work that went into them – It would take an entire factory years to complete.

The barometer is also a highlight and represents where science meets art. It was an important apparatus which gaged weather to plan for crops and going to war because you didn’t want to go to war when a storm was approaching. This particular barometer is celebrated in a very ornate way. The rooster represents France and the eagle Austria, taken from its coat of arms. This was commissioned to commemorate the marriage of Louis XVI before he was king and Maree Antoinette to bring the two royal families together.

What are some interesting historic facts about the Palace of Versailles that not many people know about?

The palace was very glamourous physically but stunk like hell because there was no indoor plumbing. You wouldn’t believe it but people would defecate in the corners of the palace, and there were a lot of animals at Versailles, everybody had cats, dogs, birds and monkeys so believe me it smelt!

One of the objects in the exhibition is a perfume fountain that was made to go in Louis XV’s wardrobe. These would also be in bedrooms and boudoirs but this particular one is a Chinese vase repurposed and given the Rococo treatment.

Another quirky fact is that Maree Antoinette was considered very weird because she bathed once a week, so if that’s weird than you can only imagine how often the less fortunate were bathing.

What about the kings?

Louis XIV was very different, a true monarch who went to war himself. The others became far more isolated in their ivory tower.

Louis XIV was also famous for incredible wigs because he went bald quite young. He was popular for very large brown wigs and in the Maree Antoinette period, they are still wearing them. The royals were synonymous in influencing fashion trends and hair styles. They really had an incredible effect on the style of the time and everyone wanted to be as grand as Versailles.

When he died, his great, great grand son took the throne very young (XV) and his grandfather, father and two older brothers all died within 18 months from small pocks – it didn’t matter in those days whether you were rich or poor, it really was a terrible airborne illness that was indiscriminate.

Because he never expected to be king the oppressiveness of suddenly being on display to everybody all the time was very overwhelming, so the inside of the palace changed in reflection of this. All of the walls had panelling and some of them were actually doors that looked like walls and the hangings would conceal doorways and staircases. The idea was to create spaces where he could escape to be by himself and with his many mistresses.

Loius XVI brought all the nobility from Paris to Versailles. He made every moment of the day a huge spectacle where people had to compete for his attention, he showcased a life that was very glorified and people spent so much time fighting over who got to put his socks on that there was no opportunity to conspire against him.

The Versailles gardens form a predominant part of the exhibition, why is this?

Versailles was built on fairly marshy swamp land. There was water but it wasn’t enough for the desired elaborate fountain systems of the garden grounds. The supply and pressure were all man powered and different keys, and sometimes that didn’t even work.

At the exhibition you can see the statue of Latona and her two children, surrounded by an enthralling projection of water droplets and sound. This particular moment is taken from an episode of metamorphosis where she’s had an affair with Juno the god, who is married and is running away from his wife. As she is fleeing she becomes thirsty and tries to drink from the pond and the peasants from the area won’t let her so she gets very angry. There are two ways this story is said to have ended, the first is she calls for Juno for help and he curses the peasants, and the other is that she’s a powerful goddess of her own and cursed them herself into toads.

The garden maze featured 330 lead sculptures of animals, including a peacock, dogs and monkeys. Through time they have lost a few parts and limbs so walking through this part of the exhibition makes for an eerie passage. Sadly, the mazes were demolished when they went out of style and the sculptures were moved into storage. All but 35 of them disappeared so we are lucky to have five here on display.

There were also luscious potted orange trees, because it didn’t grow well in the ground, and the scent of orange blossom notes are evident in the exhibition’s fragrance to mirror this. Being able to control nature was something the king was eager to do, which also explains the constant research commissioned into ensuring the supply of water to his fountains.

On showcase are also intricately designed maps of the grounds, in immaculate condition which really puts into perspective how big the grounds are with designated land to hunt. Hunting was a big thing and Louis XIV and his brother managed to kill 150 000 animals in a day.

The exhibition is a big sensory journey and experience, why did NGA choose to integrate this?

We tried to do something that is quite different to anything we’ve ever done before and change our approach to the exhibition. With Versailles we wanted to take people on a trip almost. We can’t uproot Versailles and bring it here but we can try as much as we can. We’ve incorporated visual of the lighting and projections; audio of regal music playing in some of the rooms and sound effects; and also smell, through the fragrance crafted just for this exhibition that you encounter at the start and again at the end – like the display coming full circle.

Why do you think it’s so important for exhibitions like this to come to Canberra?

When it comes to art and culture, Canberra actually has one of the most spectacular galleries in the country and in the world. Whenever we invite other directors from around the world they come with this automatic pre conceived notion until they see our incredible collection that’s world-class and the quality in which we treat it – incredibly careful. The way we demand things done here is above and beyond what any other instate lender could ever ask. 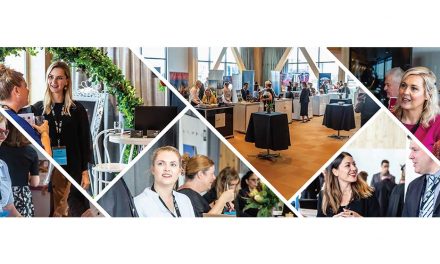 February 25, 2020 | Entertainment, Arts
The contemporary arts festival is returning for another massive year of art, inclusion and celebration. This year’s th...