One year after yes vote, Canberra gathers to celebrate equality.

Today marks the first anniversary of when Australia waited with baited breath for the results of the Australian Marriage Law Postal Survey.

Thousands gathered around the country as the vote was announced — more than 80 per cent of eligible Australians participated in the vote, and more than 61 per cent voted yes.

Now to celebrate, we’re heading back to the rainbow round-about on Lonsdale Street, Braddon to party at our very own ‘mini-Mardi Gras’ with YES!Fest

The celebration is on Saturday 17 November 3pm til late promising family-friendly entertainment, food trucks and bars. The action will then shift to the Hopscotch stage where DJs and live performances will provide a Mardi Gras like atmosphere throughout the evening and well into the night.

Braddon resident Bentspoke is also showing their support with a custom YES!Fest brew which will be sold at Bentspoke and Hopscotch. The local beer named ‘Frenzy,’ will give interstate visitors a true taste of Canberra.

Undoubtedly the spotlight will be on Canberra, using the YES!Fest to highlight Indigenous drag. Stars of the Black Divaz documentary, which screened on SBS in March, fab-original drag queens Nova Gina and Josie Baker will perform at YES!Fest alongside Canberra’s own Miss First Nations 2018 finalist MadB.

YES!Fest will be spoilt for performers with an array of other kings and queens, dancers and singers appearing including The Berra Queens, Sheba Williams, Swagger, Kilia Tipa and Etcetera Etcetera. Music-wise, last year’s DJs Sveta and Raydar will return alongside new recruit DJ Estee Louder, and will drop queer classics, party jams and dance anthems well into the night.

Donate to the crowd-funding campaign to pay for the talented performers and the street closure here. 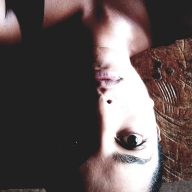