Can you keep a secret? Last night I went to the Canberra Theatre Centre to see the much anticipated Ghost Stories. There is a certain buzz about this show going around, however no one seems to want to say all that much about it. I’ve seen intriguing videos of other people watching the show and quivering in their seats – making me all the more anxious as I walked into the theatre.

I can’t say much, but I can tell you that in the theatre, wherever you sit you are close to the performers, which didn’t do anything to calm me. I can also tell you that I was enveloped in haze, I heard things and saw things that I’m still trying to explain to myself. Some I couldn’t explain to anyone else, even if I wanted to.

In this 80-minute show, writers Jeremy Dyson and Andy Nyman walk the line between funny and fearful. They jump over it, from one side to the other, teasing the audience with hoaxes and dipping them into possibilities. Serving up shocks and storyline that follows one disconnected incident after another so that we don’t know what’s going to happen next.

The girl next to me jumped at every sound and the friend I brought had her eyes closed during at least half of it, which was not a good idea. I blinked at the wrong time once and missed an entire effect, I heard the collective response and searched for a clue but it was already gone.

They really play with suspense in this show – things moving in the dark, disappearing and reappearing with seamless mastery and surprise.

Heed the warning or not, now that the show has come to Canberra, it is our turn to try to keep the story a secret, so I’m not allowed to tell you what happens. You have to find that out for yourself, then take the secret with you to your grave.

Ghost Stories is only in town until Sunday, so you have less then a week to see it! Hurry up and buy your ticket now to get in on the secret. 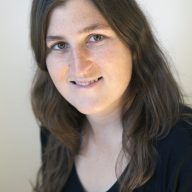 Sarah is not just a writer, she's also an adequate cook who has not once given herself food poisoning, and occasionally has had some surprisingly good results. Sarah has a passion for theatre and the arts, as well as reading books. One thing she doesn't like though are spiders.

These little treats are the best of The Commons! Hyper real Nights – How Real is too real? October arts trail