Opening on Friday 13 December, the National Gallery of Australia’s major summer exhibition, Matisse & Picasso will be on display, showcasing the healthy competition between two of history’s greatest artistic rivals.

Henri Matisse and Pablo Picasso antagonistic relationship is one of the most important narratives in modern art, the pairs work is lingering memory of their compelling relationship.  Years of artistic exchange between the two gave an insight into 21st century art, and for the first time Australian audiences will be able to visually see their turbulent story through the work.

Even with all this work on display for visitors to examine, only Picasso and Matisse really understood the depths pf their relationship. One of the walls in the exhibition reads a quote from Henri Matisse, 1949: “When one of us dies, there will be some things the other will never be able to talk of with anyone else.”

These works have been borrowed by more than 20 private and institutional lenders from around the globe, as well as drawing on the NGA’s own collection by the two radical artists.

National Gallery of Australia Director Nick Mitzevich said Matisse and Picasso were both radicals, taking art in a new direction.

“Each used the other as an artistic foil and drew inspiration from their rivalry, which spurred their creative brilliance to even greater heights. This creative friction – over half a century of artistic rivalry – turned the art world as we knew it on its head,” Mr Mitzevich said.

Matisse & Picasso is on show at the National Gallery of Australia from 13 December 2019 until 13 April 2020, 10am-5pm daily. Tickets are available here.

Art, Not Apart: Today I, Tomorrow You

March 10, 2020 | Entertainment, Arts
Art, Not Apart now is turning ten years old and for those ten years the creative minds behind the metaphorical canvas ha... 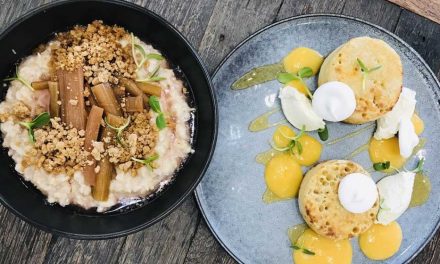