Last year when the Australian Bureau of Statistics released its data into the leading cause of death in 2016, suicide was the number one cause of death among people aged 15 to 44 years.

When she was just 24 years old, Canberra local, Courtney Chapman could have become part of that statistic.

“In 2015 I faced one of my hardest battles yet after struggling with depression for many years. I was a broken, fragile girl in the clutches of an all-consuming depressive episode. My autoimmune disease, Crohn’s, was rampaging my body, and I had been hospitalised seven times in the past six months. I was in a turbulent and toxic relationship and was the subject of horrific online bullying from members of the endurance horse riding community I loved so much,” Courtney said.”The weight of it all crushed me.

“That night, 28 June 2015, I almost successfully took my own life. If it were not for the fast thinking actions of some friends that were carefully watching over me, I would not be here today. I was thankfully reached in time and was able to be resuscitated, albeit with a touch and go stint in ICU for a few days. It took a little while for me to realise that I was not meant to leave the earth that day.”

Courtney is now using her life experience and challenges to break the stigma around mental health, and in sharing her personal experience hopes that others will feel comfortable in doing the same.

An endurance rider, who when she was just a 10-year-old used her love of horses to escape the clutches of a difficult life at home, will now be turning that passion into the biggest challenge of her life. I caught up with Courtney at one of her favourite spots for brunch, The Knox made in Watson, to talk about the ‘Shahzada’, Australia’s most gruelling endurance ride.

The 27-year-old will attempt to ride 400 kilometres later this month, over five days, in the Hawkesbury area of St Albans in New South Wales to raise valuable funds for the charity, Livin, which has reached over 40,000 people through its work. She won’t do it alone, Cowra stud Kintamani Arabians, which breeds endurance horses will provide her mount, Kintamani Kimbra. She will also be joined by Helen Lindsay who runs Kintamani Arabians and her husband, Alan Lindsay will be riding alongside Courtney.

The challenge itself is already gruelling enough without having to battle the incurable autoimmune illness Crohn’s disease, in which Courtney receives immune-suppressant infusions for every eight weeks at the Canberra Hospital as a day patient.

“I’ve been in clinical remission for over three years now which means my symptoms have been lessened,” Courtney says. “I still have some symptoms, food intolerances, I get nauseous a lot, and fatigue has been a big one, but regarding Crohn’s being out of control, it has not been a problem for three years.”

Courtney tells me that Shahzada is timed in the middle of her bimonthly transfusion and with her training, she’ll hopefully be ready to peak.

“For someone that has an autoimmune disease I don’t know what will happen until I ride it (Shahzada),” Courtney says. “I’ve been competing Kintamani Kimbra all year, we have done three 80km rides so far to prepare for the 400km, and she also gets trained almost every weekend by me.

“Regarding the horse training, that’s taken care of, but with a lot of these tracks being quite technical at Shahzada, you must do a lot of walking, running and climbing up hills. I’ve been going to the gym three to four times a week and walking up Mount Ainslie and Mount Majura to try and replicate the elevation, but there is no way you can replicate 400km in five days.The only way I won’t be finishing is if I’m vetted out (horse is deemed unfit to continue). I will need to pass 11 vet checks throughout the ride as horse welfare is paramount in our sport.”

Specialists have already told Courtney that she’s crazy, but it doesn’t seem to faze a woman that has already overcome so many personal challenges in her life, to her this is merely another step in the journey.

“You have to play the hand that you’re dealt, my depression and anxiety aren’t going away, I just get better at dealing with it,” Courtney said. “Crohn’s isn’t going away as much as I’d like him to either! Learning to love those parts of myself and to deal with them is what has got me to the place that I am now.”

It’s this newfound self-confidence that has seen Courtney already raise over $4,500 for Livin. You can support her at her fundraising page HERE, or by following her Instagram @court_chappington. 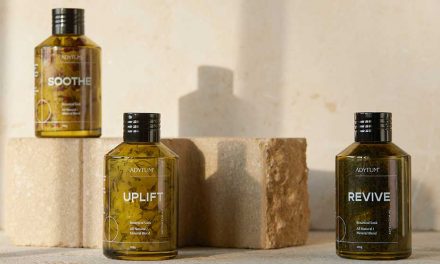 August 25, 2020 | Beauty, Home, Health & Fitness, Lifestyle
The importance of self-care and wellness is becoming one of the biggest trends of 2020. Making yourself a priority, lear... 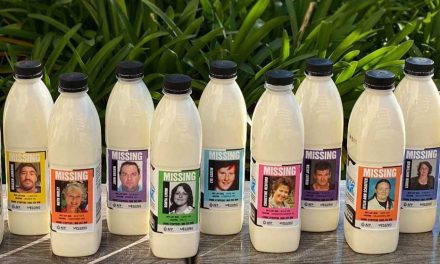 Start the conversation over a glass of Canberra Milk

June 10, 2020 | Valentine's Day, People
For the second year running Canberra Milk has partnered with the Australian Federal Police and its National Missing Pers... 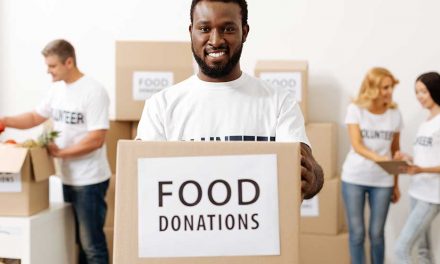 3 ways to give back to an essential worker

May 06, 2020 | People
Send a 4-pack Capital Brewing’s online store has made it simple to jump online, make an order for yourself and donate...
More Articles
Loading...
Loading...
X
X