The weekend is fast approaching, and if you’re stuck for a night out idea, here are 10 of the best places to go in Canberra.

Boo Seeka – Molo Live – Friday: Boo Seeka’s synths and beats keeps the energy sizzling like a neon sign on the Miami strip. The Sydney hip-hop-psych-soul project begun as an outlet for a couple of musical experiments, a testing ground for new sounds. Boo Seeka will be playing at Molo Live at ANU Pop Up Village, doors open 7.30pm. More info here.

2001: A Space Odyssey 50th Anniversary Screening – Dendy – Saturday & Sunday: Humanity finds a mysterious object buried beneath the lunar surface and sets off to find its origins with the help of HAL 9000, the world’s most advanced super computer. A retro screening of a science fiction classic as Dendy Canberra Centre celebrates the 50th Anniversary of the film. More info here.

Tipsy Tea – White Rabbit Rooms – Saturday & Sunday: Join Alice every Saturday and Sunday 2-5pm at White Rabbit for the Tipsy Tea, a high tea with a twist! Indulge in a bountiful array of delectable savoury bites and moreish dessert treats, try a White Rabbit signature cocktail or the finest French sparkling. Tipsy Tea at White Rabbit is the best kind of tea party. Booking are essential, call them on 6257 7779 or reserve your table by email.

Sly Withers – Molo Live – Saturday: The Perth four-piece have just finished recording their sophomore record, due out later this year, and are road-testing the new songs on their first east coast tour. Sly Withers is one of this year’s hottest punk bands who are best described as a “slightly bubblier version of The Smith Street Band”. Ticket info here.

Women, History, Journey – Muse – Sunday: From 1300s London to 1940s Sydney, Robyn Cadwallader and Eleanor Limprecht have written striking novels exploring the role of women in turbulent historical periods. Join Robyn and Eleanor in conversation with Angharad Lodwick about the chances and choices we take in life and what we can learn from historical fiction. Sundays 3-4pm, $12 (which includes a complimentary glass of wine or juice) unless otherwise indicated. Bookings here.

Rugby League The Musical – The Street Theatre – Sunday: Cheer the heroes, boo the villains and sing along at Rugby League the Musical. Audience participation and interjection is actively encouraged. For hardcore Rugby League fans there’s a heap of references going back through the years, but for people who have no interest in footy, most of the material is front page rather than back page news. The songs also have explanatory video clips which set up the songs, so you don’t need to have watched every game for the last 40 seasons to get the jokes. More info here. 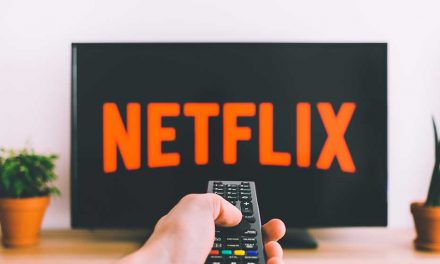 March 16, 2020 | Dining, Fashion, Entertainment
The nation has been advised to remain indoors and avoid all social interactions unless necessary; this includes travelli...
More Articles
Loading...
Loading...