The City Renewal Authority are introducing their new Lunchbox Acoustic program to City Walk this week until the end of June. Featuring live performances from local artists weekdays from 12-1:30pm, they invite you to spend your lunch break outdoors in Civic’s public spaces. Get all the details and follow new updates here.

Grab tickets to see the AFL GIANTS take on the Western Bulldogs at Manuka Oval. Kicking off at 7:50pm, be a part of the anticipation and cheer on your team to victory. Tickets are on sale now!

Screening nationally from April 20 at Palace Cinema’s, the Moro Spanish Film Festival programme will run a selection of 29 new and recent Spanish language films featuring some of Spain and Latin America’s leading stars. From hilarious crime capers to sensual romantic comedies, powerful historical epics and contemporary urban dramas, there are a number of great films on across Friday, Saturday and Sunday at Canberra’s Palace Electric Cinema. To pick a film and purchase tickets head here.

The Street Theatre presents Australian singer/songwriter, Neil Murray to their stage at 8pm, for a great night of Australian contemporary tunes. Playing his brand new single ‘Keep Rolling On’, Murray will be gracing audiences with his diverse range of songs, including his hits from former Warumpi Band. Tickets are available to purchase on The Street Theatre’s website.

Fetch your furry best friend and take them to the biggest dog social calendar event of the year, Barkfest 2.0 at the QT hotel. Treat your pooch to a range of events and attractions happening throughout the afternoon including, a Ru Paw Drag race showcasing rescue dogs for adoption, 25 doggie stalls, a puppy painting session and tasty food and drinks. Pups are also invited to dress to impress for the best dressed competition. 100% of funds will also be going to Rainbow Paws and Greyhound Connections. Tickets are limited, don’t miss out on sharing this unique experience with your furry pal. Get yours here.

Join Pinot and Picasso for their pop-up painting event at Barkfest in the QT hotel. They will be running two, 2-hour painting sessions where you can recreate a portrait of your pooch. To grab your tickets, head to their website.

Explore current vintages with Nathan Browns of Linear Wines at The Italian Place and be taken through a local wine journey. Taste three wines plus nibblies as Nathan guides you through how he came to launch his first small-batch vintages, including his start running some of Canberra’s favourite restaurants. Purchase a ticket here.

Learn how to preserve food with pickling at café, Two Before Ten in Aranda. Getting great insights and knowledge from the team over a glass of wine or beer and cheese platter, end your workshop with pickled red onions, dill pickles and quick pickles using seasonal produce from their garden to take home. Grab tickets here.

Join Sideway CBR this long weekend for the first R&B Runway showcasing acts from Canberra and surrounding regions. Presented by local Kirrah Amosa, she will be returning to her R&B roots to soothe your soul and get you dancing. Kicking off at 4pm, tickets are limited so follow the link to grab yours.

Kickstart the beginning of term 2 with an epic afternoon Karaoke session at Dickson Soundbox Karaoke & Bar, followed by bubble tea. There will also be three hoodies up for grabs for those who have wowed the crowd of each room. Book in your kids and their friends here.

For our ‘what’s on’ Anzac Day list hit the link!

G&T Ep. 11 Live - Suit Attire The People's Choice Awards are Back! What's on this Weekend 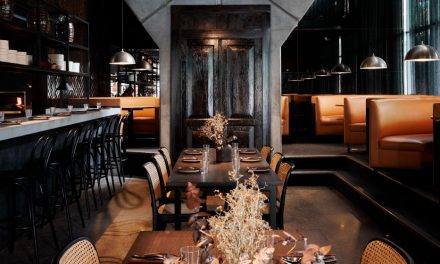 December 03, 2021 | Food & Drink, Dining
As restaurants and bars began to open their doors once again after a forced halt, foodies and Canberra’s late-night cr...