A new dog-inspired festival has made it official – our pets have better social lives than we do! On Sunday, 23 February from 3pm the QT Canberra deck and rear carpark will be transformed into a pups paradise.

The hotel has teamed up with The Social Dog Company to bring Canberra its very first Barkfest, promising fundraising, feasting and fun for our four-legged doggo’s. Over the course of the afternoon your furry friends’ pals can engage in a paparazzi red carpet, a best dressed parade, a range of stalls hosted by dog friendly brands and an adoption wall will also feature loveable rescue pups.  Along with a Drags to the Resuce dog adoption parade involving a captivating lineup of glitz and glammed gorgeous rescue dogs in need of new homes.

If your pooch prefers to show off its skills instead of looks, the pawlympics tournament will test a range of agility tricks and medal awards.

Capitol Bar & Grill will be serving a special range of streets foods along with a selection of beers, wines and dog themed cocktails for humans while pups can peruse the Doggie Diner offering with proceeds going to local rescues. 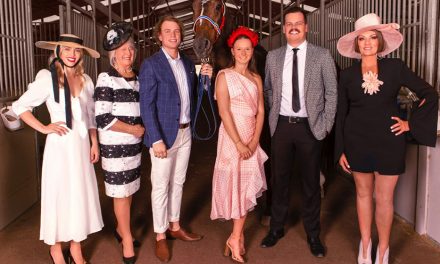