It all starts with the aroma of exotic spices. They seem to waft through the passage between the shops of the Mode3 building as you make your way to Lonsdale Street’s newest Indian establishment, Darbar.

Meaning ‘king’s place’, a Darbar is traditionally a courtyard or meeting place where people dine. The stylish industrial style décor of the space speaks to the restaurant’s modern take on Indian cuisine.

For owner Vinay, this is not his first restaurant venture – there is a sister restaurant in Glebe, Sydney. Energised by his love of Indian flavours, Vinay wanted to bring his flair to the Canberra restaurant scene.

This is more than just a flamingly bright assemblage of curries. Darbar seeks to draw upon the much-loved flavours of Indian cuisine to create a fusion that incorporates an array of influences.

Drawing inspiration from the comfort and authenticity of his mum’s home cooking, Vinay translates the Indian flavours to produce and ingredients that are more locally present.

His knowledge of international cooking styles has also added more varied techniques to his Indian cooking, so the menu features items such as Stuffed Zucchini Flowers. Imagine a cross between an Indian samosa and a feta-stuffed zucchini flower you would expect to find in Italy.

Other options for starters include the grilled Lamb Chops which are deep in flavour after being marinated overnight in spices and yoghurt or the Prawn Vepudu with a delightfully crunchy texture and garam masala flavour.

If you’re after something left-of-field, order the Bamboo Charcoal Tuna Fish. A glass jar is delivered to the table which, once opened, lets out billowing wisps of smoke that reveal crunchy tuna croquettes with a hint of charcoal. The croquette mixture is flavoursome, a balanced blend of tuna, red-based curry and smokiness.

The eggplant curry, Gutti Vankai, is not what you would expect. Four bell eggplants sit temptingly in a deep bowl of flaming orange curry sauce. Soft and sweet from slow and delicate cooking, the eggplants are stuffed with a blend of ground peanuts and sesame. The nutty flavour pairs well with the meaty eggplant, and the creamy sauce is robust in spice with strong coconut flavours.

Lamb shanks and pureed potato do not usually feature as Indian specialities, but the deep and warming spices of Indian cuisine are well suited to comfort food.

The Desi Lamb Shanks are simmered for eight hours, and the resulting meat is unctuously succulent and falls effortlessly from the bone. A bed of potato mash is there to soak up every bit of flavour of the thick curry sauce.

If you think you knew what Indian food was, then think again. Darbar’s creative and innovative approach to traditional food and the adaptability of its spices and flavours creates a whole new experience of Indian cuisine. 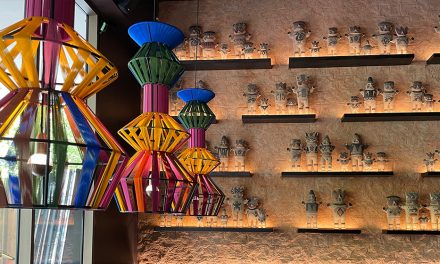 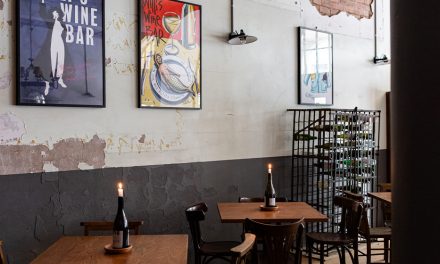