Fresh, light, raw and lightly cured fish is an easy way to eat healthy because its so flavoursome. Often paired with Asian flavours, chefs are called to be creative with ingredient combinations, making each dish quite unique whether it be ceviche, tartare or sashimi.

Not sure where to start? Here are some of our local favourites. Take a moment to appreciate the prettiness of XO’s Kingfish dish before it quickly disappears. Cubes of lightly pink kingfish are arranged delicately with precariously balanced shards of nori along the plate among a scattering of crunchy puffed spelt grains and rosy freeze-dried raspberries.

This dish may look dainty, but it also packs a punch. Earthy salty flavours are imparted in the fish that has been lightly cured in miso, while a liberal application of mustard oil contributes its distinctive pungency through a short-lived hit of heat, much like horseradish or wasabi. Sweet and cinnamon spiced pineapple relish serves to balance the salty, and lifts its neighbour flavours with it soft citrusy accent. A final flourish of micro-shiso herbs deliver the last Asian flair with a pop of colour and flavour.

Sweet and cinnamon spiced pineapple relish serves to balance the salty, and lifts its neighbour flavours with it soft citrusy accent. A final flourish of micro-shiso herbs deliver the last Asian flair with a pop of colour and flavour. Poke bowls are taking the world by storm with its hybrid of Hawaiian/Japanese freshness that is healthy as well as filling. Lazy Su is leading the way of Canberra’s Poke bowls, soon to be served straight off Lonsdale Street. But what is the enigmatic poke bowl?

It’s a Hawaiian lunch specialty that heavily incorporates Japanese influences. A poke bowl is a traditional lunch for surfers who are after something nutritious yet substantial enough to keep them going for the rest of the day.

Exploding in all areas of colour, texture and flavour. Perhaps some of the most well-known raw seafood is the Japanese delicacy of sashimi, of which Lilotang is an expert. They serve a giant tray featuring an assortment of raw fish in different styles, perfect for getting a glimpse of the diversity of Japanese sashimi tradition.

It’s all about the subtleties of flavours and textures in Japanese cuisine. In one corner of the tray there is snapper sashimi with tiger prawns cured in a hot bonito sauce and pickled white peach delivering an almost undiscernible but necessary sweetness.

In another corner there are oysters from Hiroshima, wrapped in robustly marinated wagyu beef tataki, while its neighbour, bright red tuna cut fastidiously into cubes have a dollop of vibrant orange silky sea urchin egg yolk sauce on top.

This platter is best enjoyed with a paired glass of sake, whose umami elements help to open the taste buds so that you can enjoy all of the intricate flavours of the sashimi to its full extent. AKIBA’s loud and funky personality translated in an edible configuration – this time in the form of kingfish. Thin slices of the best quality kingfish, translucent in appearance and silky in texture are topped with a chunky nam jim sauce, drizzling of creamy coconut dressing and sprinkling of garlic chips and coriander.

Originally a Thai dipping sauce, the nam jim hits every flavour category of sweet, sour and spicy and cuts through the robust fish, while the coconut cream balances by calming the heat with its creaminess and soft coconutty-ness. A dish all about texture, the crunchy garlic chips add the final flourish and pungent punch.

Not a traditional Japanese sashimi dish, but one that is more about collaborative flavours and textures that you won’t forget. With a whole bar of oysters, ceviche and steak tartare, you’re spoilt for raw dish choice at Jones & Co. One of the highlights is the tuna tartare. A play on a Mexican-style ceviche, this is the Jones & Co. take made with delicately cut cubes of tuna paired with the edgy and citrusy notes of yuzu rather than the traditional lime.

Grilled sweet corn delivers fresh bursts of sweetness, smooth avocado is delicately wrapped in freshly flavoured pickled cucumber, little gems of kiss peppers are simultaneously a hit of sweetness and heat, and potato wafer crisps lift the texture game of the dish and act as the perfect vessel for the fish on its way to your gob. 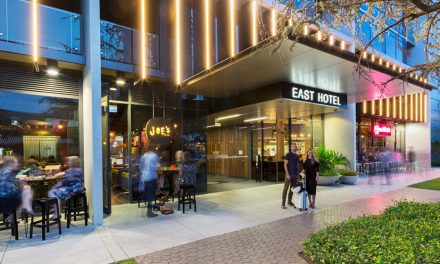 Battle of the Burgers 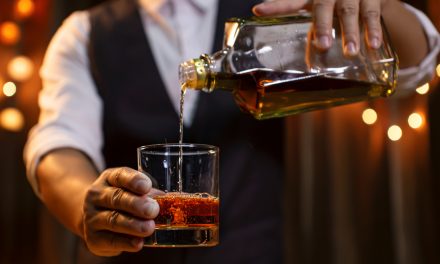