hip hop King strikes again with a banger, and he’s coming to Canberra! Aussie hip hop veteran Drapht has been producing catchy tunes for nearly two decades. The Perth-based artist started making his mark in the early 2000s and has since received an ARIA award for Best Urban Album and toured with countless talent.

His latest single Summer They Say is infectious and packed with plenty of attitude. I had a chat to Drapht (also known as Paul Reid) about his regional Australian tour and how he creates his unique sound ahead of his Kambri at ANU performance on Saturday 23 November.

”I like the fact that you can have an internet single now and it doesn’t rely solely on radio attention.”

Your single Summer They Say is super catchy. What was your motivation for putting out a single, and do you ever feel any pressure to release a song on its own after a string of albums?

Ah thanks, yeah this one was super fun to put together. It lined up with a touring opportunity I had, but I also just felt like I had a bit more to prove this time around. I felt it was time to switch up my usual process, push my own boundaries with my writing and show people I can still flow amongst the youngins’ coming up.

I don’t feel pressure at all, I would much prefer to work and release music this way, especially with the current climate of streaming. I think it would be a bit soul destroying for me to produce a full body of work for a few years, only for people’s attention spans to move on from it and expect something else a month or so later. I’m also really enjoying making videos for songs would have been considered as more album tracks in the past. I like the fact you can have an internet single now and it doesn’t solely rely on radio attention.

You have a jam-packed regional tour lined up, with a Canberra show on 23 November. What’s your favourite thing about touring smaller regional towns?

I really love playing in front of people that appreciate the experience and aren’t always spoilt for choice. Some of my favourite shows have been the rural locations I have done over the years. People in those areas are just down to party and lose themselves in the music that little bit more and aren’t as worried about what people think.

“I felt it was time to switch up my usual process, push my own boundaries with my writing and show people I can still flow amongst the youngins’ coming up.”

How long does it take you to write a song like Summer They Say? Do you have the same process every time you write?

I wrote Summer They Say predominantly while driving around the United States in 2017. Sometimes it might take just over a few weeks for me to write a song like this, and other times it could be over six months revisiting and rewriting. This single had about three different lives since I originally wrote it. Most of the time I will chop and change an idea three or four times before I settle on the final track that you hear. This is to see how far I can push the idea, but also to achieve the feeling of it being completely finished.

You’re touring with your mates Downsyde, Losty & Bigredcap and Knoe. What advice do you give other up and coming hip hop artists who are just starting their careers?

Downsyde are old friends of mine and were a big part of my early years creating music, so it’s always great to be out there with them and share a stage again. In terms of advice for young up and coming acts, I always just say that you need to be prepared to hustle and work harder than the next person that’s fighting for the same spot. It’s never going to be given to you. It’s important to remain humble, be yourself and stay authentic. Understand the industry, have your finger on the pulse with what’s going on, but don’t let it change you or steer your sound.

You’ve had a whirlwind 10 years, from releasing your platinum selling album ‘The Life of Riley’ which won an ARIA, to changing things up and becoming a restaurant owner in Perth. Since then you have come back onto the music scene with even more fantastic albums. What pushes you to keep coming back and creating kick-ass tunes?

I guess my motivation has always been to make the most of my time while I can. This isn’t an opportunity that everyone gets to experience and I know it could always change overnight.

Finally, what does your perfect Australian summer look like?

Being home with family and friends, and never more than 10 minutes away from a beach! 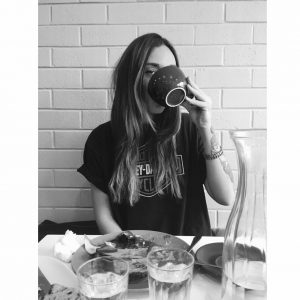 Kate Hudson is a freelance writer with a mission to show that Canberra is a fabulous place to live. As an avid coffee drinker, breakfast connoisseur and self-confessed 'eater-outerer' she will help you decide where to go for the best experience. She loves a grungy music gig, local beer, fancy french toast, and has a soft spot for the Southside. Keep up with her work at www.wherewillwegocbr.com.