Win tickets to the VIP opening of Canberra’s newest hotel! Belconnen has a brand new hotel and its time to give it a royal welcoming. You may have had a chance to scope it out, it’s a new-build Mercure Hotel (Operated by Australia’s largest hotel group, Accor) with five-storey’s and 125 rooms. The hotel is located on the Canberra Labor Club precinct at 59 Cameron Avenue with a convenient walkway connecting the accommodation to a plethora of entertainment including the bar, bistro café, TAB and gaming room.

Members of Parliament, media and socialites will all gather for a stylish night. Show Pony is in charge of the epic event styling, catching everyone’s attention the moment they step foot in the lobby with an incredible champagne wall – that’ s how you do bubbles!

Enter the cocktail party on a red carpet and an array of breathtaking chandelier florals above the bars. The room is designed to be all encompassing with a 10-metre grazing station a dedicated seafood bar, cocktail bar, the sweetest dessert station and stylised lounging areas to socialise.

Welcome the Mercure Canberra Belconnen with a social photo in front of the custom photo wall.

Local distillers Underground Spirits are joining the party to create a bespoke cocktail for the launch. Named after the hotels location 59 Cameron, the cocktail will be a wattle seed infused vodka with plum nectar cheery juice cloudy apple juice stirred and garnished with lemon.

“Using something local like wattleseed represents Canberra and its local community, so widely supported by the Labor Club. The colour of the cocktail will be dark pink like the Mercure logo, and Underground Spirits are working on a sun pattern similar to the one on the Labor Club logo made with a lemon peel as a garnish.”

Canberra has had a tough start to the new year, tell all your interstate visitors there is a new hotel in town and keep Canberra’s tourism booming!

If you want to an invite the most exclusive party yet of 2020 register in the box below for your chance to win one of 10 double passes to the launch event Thursday 13 February. 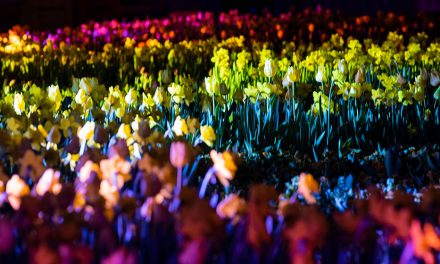