The weekend is almost upon you!  Here are ten things to do across our fair capital to ensure you have a great time when you’re out in Canberra.

Grease is most definitely still the word, and to celebrate the 40th anniversary Limelight Cinemas want you to join them for their special sing-a-long screening! All of the lyrics are shown on the screen to allow your inner-Sandy (or Danny) to really shine. They’ll be licenced for the event and will be having special drinks, ice cream, and pizza deals on the night. MORE DETAILS

Yours & Owls presents Isaac Butterfield – Bad For Your Health at Molo Live. Describing himself as “a bearded comedian from Australia”, Butterfield started his standup career in pubs and clubs five years ago, and now he has 400k followers and more than 20 million views (and a total of four real life friends). Bring your bearded friends for a night of laughs at Molo Live. BUY TICKETS HERE

Stella Bella Little Stars Foundation is a locally based charity supporting families with serious and long-term illnesses. They’re hosting a Speakeasy whisky tasting night at Novotel, for more info about the event and tickets, CLICK HERE

The always innovative Circus Oz is a night of awesome physicality, biting satire and highly skilled, unpredictable acrobatics. With an impressive cast of mesmerising aerialists, cheeky characters, and daredevil acrobats, the circus is set inside a model kit world complete with giant scissors and cotton reels, peg springboards and hammock-sized undies on the line. The show has a brand new ensemble of performers, a thumping live band and set design that challenges scale and perspective.

Yours & Owls presents A Life: by Friendly Jordies at Molo Live.  Jordan Shanks (friendlyjordies) is a satirist comedian, live radio host and podcast creator. He has been described as “irreverent”, “surreal” and “some guy who got a cheap camera from K-Mart”, and he’s produced more than 250 no-holds-barred videos for his YouTube channel of 250K followers. Jordan hopes he will foster some sort of interest in socio-political discourse, maybe even stir positive change, but most people keep asking him to dress up as a high school kid he once knew. Sometimes he complies. BUY TICKETS HERE

The next chapter is always the best. In new movie Book Club, four lifelong friends have their lives forever changed after reading Fifty Shades of Grey in their monthly book club. Come along for a 10.30am screening that includes a glass of sparkling on arrival, tea and a mix of sweet and savoury items delivered to your seat. BUY TICKETS HERE

Spend some time at Muse for the launch of No Country Woman, the debut book from Canberra author Zoya Patel. The book is a memoir about never knowing where you belong, about living in a multicultural society with a monocultural focus, but living with a determination to be heard. Bookings are essential at this free event. MAKE A BOOKING

The Boathouse Restaurant has joined with Braddon based local craft brewers Bentspoke Brewing Co to create a six course menu matched with their beers. Sit back and feast, and hear award-winning brewers Richard and Tracy talk about their brewing process.

Jointly organised by the Rotary Club of Canberra City and Selkirk Antiques for 31 years, this antique fair is held twice a year in the heritage listed Albert Hall. Twenty-three recognised antique dealers will exhibit and will have for sale quality furniture, maps, prints, jewellery, dolls, fine books, china, pottery, clocks, watches, glassware and bric-a-brac. Proceeds of the Spring Fair will go to the local charity, CanTeen, that supports young people aged 12 to 25 years living with cancer. 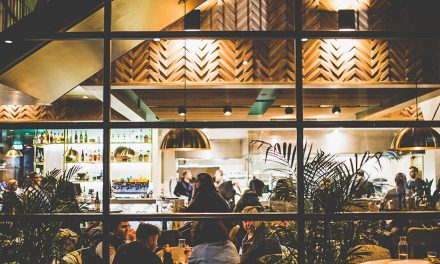 Where to looong lunch in Canberra

August 04, 2020 | Dining
Kokomo’s Introducing Kokomo's Bottomless Bellini's will be your new favourite way to spend Saturday. Each week will h...