We sat down with Josh Cunningham, guitarist and singer-songwriter from legendary Aussie folk rock band The Waifs. The band have been in the Aussie music scene for almost three decades, producing 10 albums and touring with names like Bob Dylan, Paul Kelly, Kasey Chambers, The John Butler Trio, and Keith Urban. On May 7th,  Josh released an 11 song album titled The Song Club, with life partner Felicity Urquhart via Apple Music. Felicity is a multi-award winning country singer-songwriter, who you might recognise from her ten-year career as presenter of ABC’s Saturday Night Country segment, or as television presenter on Channel 7’s ‘Sydney Weekender’. Felicity has performed and toured with country music greats including, Slim Dusty, John Williamson, Kasey Chambers, John Mellencamp, Sheryl Crow, Willie Nelson, and Kenny Rogers.

The Song Club was written, performed, recorded and produced by the duo and features themes of new beginnings, journeys, and horizons, and a sense of freedom and flight. The pair are currently touring the album nationally, playing in Canberra at The Harmonie German Club last Friday (14th May).

Read below our chat with Josh about his new album.

Q: The Song Club was created in lock down, inspired by a song writing challenge that you both did. How did the challenge contribute to your creative process?

A: Sam Hawksley, a friend of ours from Nashville was part of a creative collective called ‘Song Club’ with some American friends. He decided to start an Australian version and invited the two of us and some other mates as well. You get given a prompt each week and you have to write a song. The prompts are really just a launching pad that you don’t necessarily have to use, but if it gets you going and you get a song out of it, then it’s served its purpose. It was a really different way of working for me because I would usually just wait for inspiration to come out of thin air. I ended up with 50 odd songs at the end of the year and a lot of them I was really happy with. The first single we released called Spare Parts was actually the very first prompt we were given in the challenge. You never felt too locked into any particular direction, and that’s the beauty of these type of prompts.

Q: How would you describe the sound of the album, and is it different to the things you have created previously?

A: There’s no conscious difference I think. I have my own flavour of writing songs and whatever context that’s happening in. I think I’ve got a sound to what I do that is hard to escape from and I think a lot of the songs could have been quite at home on an album by The Waifs. There’s probably a bit more of a country vibe because of Felicity’s country music background, so there’s a lot of that influence. During lockdown it was hard for musicians, we did it pretty tough. The Song Club provided us with a great opportunity to stay connected to people during such an isolated time. Even though it was all online, it was still really lovely interacting and being able to hear all the songs.

Q: You wrote, performed, recorded and produced all of the songs from this album. How did you navigate through the creative process together?

A: If you’ve got that really natural connection, I think there’s not really that much to navigate. It just felt very natural and smooth with Felicity and it was an absolute joy to create the whole album with her. There was never a moment where I thought it was too challenging or that I had better just hold my tongue. I think the main secret is to have a connection with the other person.

Q: What are your personal favourites from the album?

A: All the songs are very personal. They form a narrative of our story throughout our time writing together and I feel very close to all of them. Writing Wanna Go There, the third song on the album, was actually the very first time we sat down to have an impromptu crack at writing something. It was the most natural thing – I had a little tenor banjo which is quite an unusual type of instrument and I handed it to Felicity. The riff for that song fell very naturally under her fingers and the song took off all on its own. There are a lot of things that everyone would rather forget and leave behind about 2020, even though that was still the case for me, I think I can look at the year and honestly feel like there were also some really amazing things that happened. Honestly it was one of the better years of my life and there are so many things that I never want to forget. I spent most of last year at Felicity’s place because I got stranded visiting when the initial lockdown happened. Apart from that being a good excuse for me not to leave, we also just wanted to spend all of our time with each other. Seasons, the first song on the album, is all about appreciating the good experiences that you have and knowing that you have to go through the dark times to appreciate the light. That song is a special one to me. Felicity has been through some tragedy in the last couple of years, she lost her husband and I had also been through a dark time during the same period. I think people can relate to the songs, not only because of COVID, but because you can feel the personal connection. We all had a tough time last year.

Q: Tell us a bit about the tour and where you’ll be heading.

A: We’ve already done two weekends of shows, so we’re still settling in and feeling our way around, which is really exciting and lovely. The challenge has been figuring out how to present the songs live when there are mandolins and ukuleles and banjos… it’s just a matter of choosing which instruments and when. We’ve done our best to faithfully recreate the sound of the album, which has been a lot of hard work. The chance to get out and tour the album is really fun and we’re going to play pretty much everywhere in Australia. We’ve been getting a lot of messages from people all of the states and territories making sure we don’t forget them, which is great.  I was supposed to have a really big year last year with The Waifs, touring both America and Australia. It’s been hard to be deprived of the joy you get from playing live music and it’s something that I have realised after getting back on stage. It’s lots of fun for us to play as musicians, but we also get to see how happy people are enjoying live music.

Listen to The Song Club now on all streaming services. For all tour dates click here. For more information about Josh Cunningham and The Waifs click here. 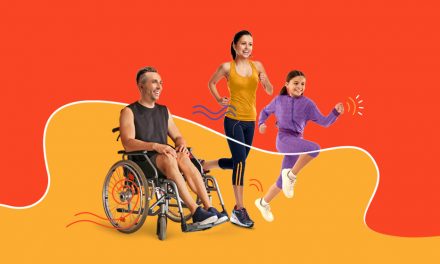 October 20, 2021 | Health & Fitness, Lifestyle, Sport
Tie up your laces, get those legs moving and work up a sweat this November to help raise funds for families with sick ch... 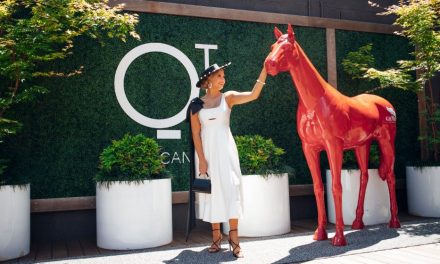 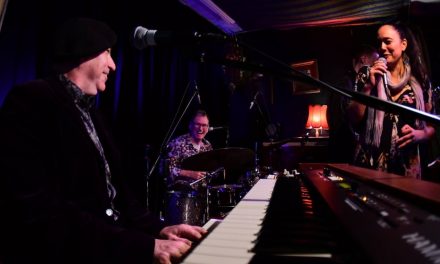 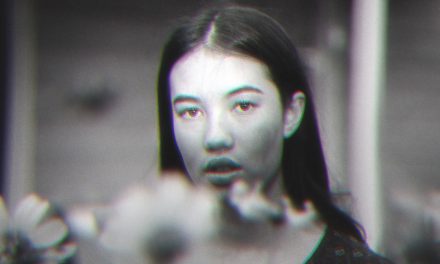