Screening at Palace Electric Cinemas from 2 March to 6 April, the Festival offers a glimpse into the wild, liberating and deeply seductive line-up of over 42 films for its 33rd season.

Set to feature Cannes highlights, premieres and all the ‘amour’ and drama that has defined one of the world’s largest celebrations of French Cinema, Artistic Director Karine Mauris uncovers the most anticipated films.

“The Festival’s 2022 edition is a French cinematic adventure, which not only captures our current society, but also shines a light on the future society we strive to build. We invite you to escape and head on enchanting journeys with our beautiful characters,” he says.

“Storytelling is in the DNA of human nature, and cinema is one of the most profound ways to share our stories of romance, humour, culture, action, tragedy and every emotion in between.” Lucien de Rubempré, a young, lower-class poet, is madly in love with the baroness Louise de Bargeton. The risk of scandal forces them to flee to Paris where they hope to live and love freely. Lucien soon finds rejection and loses the baroness’s support. He finds himself alone, penniless, hungry, and humiliated until the day he seeks revenge by writing controversial – yet banal – articles. Inside the Paris he so coveted, he finds a cynical world where everything – and everyone – can be bought and sold. Can he find his way and remain faithful to his hopes and dreams…? Fanny Ardant, Melvil Poupaud and Cécile de France star in The Young Lovers, Carine Tardieu’s eagerly anticipated follow-up to Just to Be Sure, a modern and nuanced romantic drama about a woman who embarks on an affair with a younger man.

Elegant, retired architect Shauna (Ardant) crosses paths with Pierre (Poupaud), a happily married doctor in his 40s, who first made an impression on her in a brief meeting 15 years previously. Both are quite troubled to meet again and begin an affair. While Pierre’s family life is soon turned upside down, Shauna struggles with feelings she thought belonged to the past. Spirited and eccentric, Waiting for Bojangles is a passionate love story adapted from Olivier Bourdeaut’s international bestselling novel of the same title.

Seen through the eyes of their son, Gary, Camille (Virginie Efira) and Georges (Romain Duris) dance to their favourite song Mr Bojangles in their magnificent Parisian flat. Their love is magical, dazzling, a perpetual party. Camille sets the tone, an unpredictable and extravagant will-o’-the-wisp. One day however, she goes too far, obliging Georges and Gary to go to extreme lengths to avoid the inevitable, at all costs.

Enjoy a whimsical and melancholic tale of un amour fou, bright and tender, an enchanting film with elegant cinematography.

Featuring a delicious ensemble cast led by the fabulous François Damiens and Vanessa Paradis, the hilarious new romantic comedy from Samuel Benchetrit is a charmingly-affectionate fable of a disparate group of ordinary people finding love and fulfillment through an unexpected source: the arts.

In the port city of Dunkirk, weary crime boss Jeff has a big problem: young punks are muscling in on his turf. But Jeff is distracted: he’s fallen for Roxane, a supermarket cashier he adores from afar. Taking a leaf from the Cyrano playbook, he tries to win her heart by writing love poems, but doesn’t have the courage to deliver them. In his feature debut, French filmmaker Yohan Manca breaks down the barriers surrounding art and culture with a touching story of hope, chance and overcoming adversity.

La Traviata tells the story of 14-year-old Nour, who dreams of becoming the new Luciano Pavarotti. Between his work and rising tensions at home, Nour dreams of escaping to a faraway place. When he crosses paths with an Opera singer teaching summer classes, he finally finds the opportunity to come out of his shell and explore new horizons. Alain Delon was at his most impossibly beautiful when Purple Noon was released and made him an instant star. This ripe, colourful adaptation of Patricia Highsmith’s vicious novel The Talented Mr. Ripley, directed by René Clément, stars Delon as Tom Ripley, a duplicitous American charmer in Rome on a mission to bring his privileged, devil-may-care acquaintance Philippe Greenleaf back to the United States. The follow up movie to Petit’s box-office hit Invisibles, The Kitchen Brigade (La Brigade), explores the world of French gastronomy while also tackling issues of social justice and inclusion through the story of Cathy, an inflexible 40-year-old sous-chef, finally fulfilling her lifelong dream of opening her own high-end restaurant

Things do not go to plan. Facing serious financial difficulties, she reluctantly accepts a job in the cafeteria of a shelter for young migrants. Though she hates the new job at first, Cathy’s remarkable skill and passion for cuisine start to change the kids’ lives. And it turns out they also have a lot to teach her. This romantic comedy is centred around Antoine (Pascal Elbé), a history teacher in his early 50s, who learns that he has become very hard of hearing.

Unable to own up to his handicap, he resigns himself to living in his bubble, as his entourage finds his behaviour increasingly odd. His encounter with Claire, widow and mother of a young girl who has stopped speaking, will help him to open up to the world again. France, 1963. Anne is a bright young student with a promising future ahead of her. But when she falls pregnant, she sees the opportunity to finish her studies and escape the constraints of her social background disappearing.

With her final exams fast approaching and her belly growing, Anne resolves to act, even if she has to confront shame and pain, even if she must risk prison to do so…

Winner of the Golden Lion and the FIPRESCI Prize at the Venice film Festival.

In the heart of the Tibetan highlands, photographer Vincent Munier brings writer Sylvain Tesson on his quest to find the snow leopard. He introduces him to the subtle art of waiting from a blind spot, tracking animals and finding the patience to catch sight of the beasts. Through their journey in the Tibetan peaks, inhabited by invisible presences, the two men engage in a conversation on our place among the living beings and celebrate the beauty of the world.

Excited yet? The full festival line-up and ticket sales will be available from 3rd February at affrenchfilmfestival.org 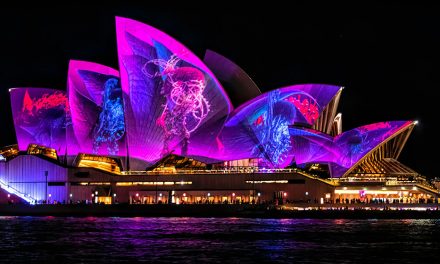 May 11, 2022 | Travel, Entertainment, Music, Culture
Contemporary music takeover Vivid LIVE will be transforming the Sydney Opera House from 27 May to 18 June with over 70 A... 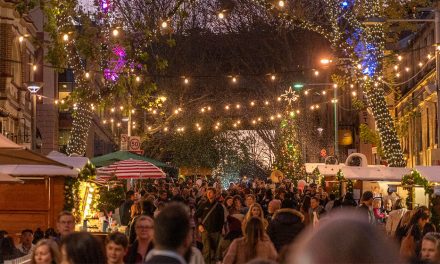