These days she rolls with tomboy Janet Jackson and bad gal Riri, though away from the big-smoke you’ll find Canberra star Alex Carson back in her hometown breaking it down to Taylor Swift in the shower.

“Girly songs aren’t usually my jam,” Carson says, “I am not sure if I should share this, but at the moment I can’t stop moving to ‘dancing with our hands tied’ in the shower.”

A Canberra girl at heart, currently residing in LA as a professional dancer – no biggie – in just a few years since leaving the Capital she has maneuvered A-grade gigs including: two tours with Janet Jackson, a tour with Gwen Stefani, numerous music videos including one with Jennifer Lopez, The Grammy’s with Rihanna and DJ Khaled – just to name a few.

A star in her own right, Alex always finds time to come home to be reacquainted with her Canberra crew. Endeavouring to give back to the dance crew that raised her, in her short time back in ‘berra, Alex’s mission is to help guide students and prepare them for a life as a pro dancer.

“It was one of the big slaps in the face for me when I moved, I didn’t realise how much paperwork there would be or how to structure my resume.”

“I want to teach my students that there is so much more to dancing than the glitz and glam; it’s sacrifice, training, lack of sleep, and it’s something that you need to learn to manage,” Alex explains.

Alex reflects on Dance Central as her second home and says even now when she should be spending time with the fam, she finds herself drawn back to the studio where it all began.

“I always make time to come into the studio. It’s really important for me to teach more than just dance. Last year I was involved in a program with Dance Central to educate kids on everything from diet and exercise, to how to conduct yourself at auditions and apply makeup,” she says.

In the above video, local filmmaker Matthew Pizzato captures Alex in action.

Her goal was always to be a performer on some level, it wasn’t until a comp in Vegas with her local crew that she realised she was closer to making it than she knew.

Moving to the city of dreams has been nothing short of a fairytale for the young dancer. Alex has come accustom to the highlife, and admits the schedule can be grueling.

“I can be backstage feeling too tired to move a pinkie, but once you step on that stage and the music starts the adrenaline is insane,” Alex says.

It isn’t until she returns home and has time to reflect on her success that she really appreciates everything she has achieved.

“The dance life has become everyday life for me. I am surrounded by people in the same industry, but when you are taken away from it you get the chance to step back and look at everything you have done any think man that is pretty f***ing cool.” 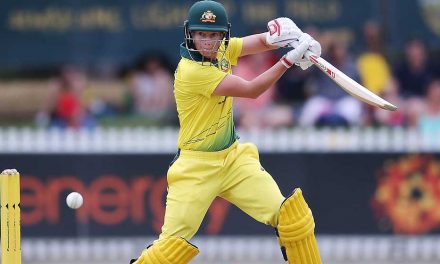