For just the 2nd time in 13 years (yes that’s a real stat) NSW have come away State of Origin champs. All the more impressive is it’s the first time since 2003 when Andrew Johns was the steering the ship that NSW have lead the series 2 – 0. Brad Fittler looks to be building a side for the future using a similar blueprint to Mal Meninga’s QLD sides from 2006 – 2015.

Fresh off a 5-week suspension for a lifting tackle, Chance Peni returned to the rugby field for the mighty Wests Lions in the John I Dent Cup. 17 minutes into the game Chance did this (Pictured)  For this tackle Chance received a red card and after facing the judiciary on Monday night was given a 6-week suspension. This ends his Super Rugby season and he’ll probably have to sit out the first few rounds of the NRC if the Wests Lions don’t make the final series. It also marks the 4th time in the last 18 months that Chance has spent time on the sideline due to suspension.

After Australia’s loss 2 – 0 to Peru and Denmark’s 0 – 0 draw with France on Monday morning it ends any hope Australia had of making it out of the group stages at the world cup. It also effectively ends any interest this writer had in the Football World Cup. I just can’t bring myself to barrack for anyone else.

It’s not all bad though we’ve now got 4 years to talk about how the VAR robbed us of victory against France in the first game and if it wasn’t a penalty we probably, maybe, would have made it out of the group stages for the first time since 2006. Where we were robbed by a contentious refereeing decision which gifted Francesco Totti a penalty goal.

Three-time WNBL Kelly Wilson has signed with the Capitals for the 2018/19 season. With the addition of Wilson the Caps starting could have a rotation which will feature Mariana Tolo, Kelsey Griffin, Leilani Mitchell, Kelly Wilson, Kristy Wallace, Lauren Scherf and Keely Froling.

While the Capitals season doesn’t kick off until October it’s shaping up to be a big year for the Capitals.

ACT Provincial and City Schoolgirls teams will take on Tasmania, NSW Country, WA, SA and Victoria in a round robin competition this Sunday over at the AIS. Games start at 10 am on Saturday the 30th of July.

Some girls to look out for are Ella Ryan, Brooke Gilroy, Kirra and Rhianna Burke, Ainsley Scrivener, Biola Dawa, Grace Kemp and Charlotte Foster. Each of these girls have also been included in the wider training squad for the uc7s side who compete in the Aon Uni 7s Series later in the year.

After impressing on the Australian 3X3 Big Hussle circuit Team Canberra was invited to the 3X3 challenger event in Ulaanbaatar, Mongolia.

Having less than a week to prepare and get their Visas and travel arrangements squared away. Upon arrival at Sydney airport they realised they would have to start day 1 at a disadvantage. Current Illawarra Hawk and Team Canberra member Tim Coenraad’s visa hadn’t come through in time. This meant he would have to catch the next flight. By the time Tim Arrived the rest of the team had already finished day 1 losing their first game against Kolobrzeg from Poland and winning their second game against Erdenet from Mongolia. Unfortunately, it wasn’t enough for the main event and Tim didn’t get the opportunity to play.

It’s not all bad news however, as the team from Melbourne finished 2nd in the main event.

The Raiders are currently sitting in 9th spot 4 points out of the top 8. A win against the 8th placed Broncos this weekend will go a long way in securing a top 8 finish.

With Jack Wighton pleading guilty to a number of charges laid against him from February this year, and, facing up to 5 years imprisonment. It’s going to be hard for the Raiders to shut out the noise and focus on their job. It’d be surprising to see Whighton line up at fullback this week (or ever again) which will give an opportunity to the young Kiwi Brad Abbey or perhaps the veteran presence of Michael Oldfield to cement a place in the starting side. 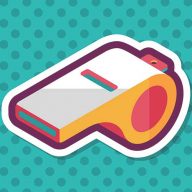 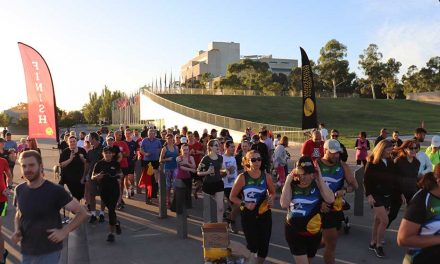 February 04, 2020 | Health & Fitness, Sport
Instead of sweating it out at the gym, why not get outdoors and do something fun with your local community? Come along t... November 05, 2019 | Lifestyle, Sport
Love a leisurely stroll? Or do you prefer a heart-pumping hike? Us Ca...
More Articles
Loading...
Loading...