Photography by The Sauce

Sydney psychedelic-surf-rock band ‘Ocean Alley’ has been described by Rolling Stone Australia as “…one of Australia’s most accomplished and exciting bands on the scene”. In the lead up to their national headline tour, we chat to guitarist Mitch Galbraith about their ARIA nominated album ‘Lonely Diamond’, how it feels to play live shows again, and what their parents really think of their music.

Your latest record ‘Lonely Diamond’ came out in middle of last year. Was creating the record hindered in terms of not being able to write and record in the same way during lockdown?

We had all of the stuff already written and recorded once we released it. We probably finished the record a month or two before lockdown actually started. When lockdown started we knew we wouldn’t be able to tour it and play it live to people so we were pretty bummed about that. We still haven’t really had the chance to do the tour the way that we were planning to back then and that was a big thing that was missing for us – we had all these tours planned but we never got the chance to actually play. We did released a live show on the internet for people to watch but it’s not the same as the live show we wanted to do, we wanted to save our best stuff for when we got back on stage. We’re stoked that all the gigs are starting to happen again.

What artists were you listening to while recording this album and were they different to who you listened to while creating your other records?

We all have such varied tastes in music and the stuff that each of us listen to in our own time is really different. We never have any specific conversations about influences or trying to sound like a specific band, it kind of just comes out naturally. We were really keen on the Khruangbin album ‘Mordechai’ and that’s where the idea of doing this spaghetti western kind of sounding tracks at the beginning and end of the album must have come from. I think that could be attributed to that album and we spent a lot of time listening to that driving around. We just roll with it and see what happens.

When creating a new record, how do you maintain such a consistent, unique and well known sound while also branching out and exploring new sounds?

We have all only ever been in this one band and we’ve been playing music together for at least 10 years now, so it’s something that we don’t really have to think about. Back in the day we would jamm in the shed and muck around and it’s sort of just stayed that way. We just show up do what we want on rehearsal day – that’s the way we make the music that we want to make.

How do you usually start writing a new song?

Most often we start with chords that Baden has written or a baseline that Nick has done. Rarely do we start with a lyrical idea – the storytelling comes after the music. With our song ‘Confidence’, for example, Nick wrote a bass line, I copied him with some bar chords and Baden wrote the lyrics after that. We just get in a room and everyone throws ideas out and chips in. We know each other pretty well so if there’s a bad idea we’re pretty comfortable saying it.

Your live shows sound just as amazing as the recorded versions, especially the vocals. What do you attribute that to?

Baden is an amazing vocalist and an amazing front man. I think bands that lack those strong vocals find it difficult to break through. Baden’s vocals have so much character and Lach manages to expertly slot in his backing vocals. The fact that the two of them work so well together is massive for us and that’s like the pinnacle that we strive for.

‘We want to be a live band that also records our music, not the other way around’.

You spend so much time touring around Europe, Australia, New Zealand, North America, and the UK. Do you still write and record music while on tour?

We usually don’t write or record while touring –  you’re living on top of each other and just enjoying performing. You really get into a rhythm when you start doing shows every night and it becomes like second nature. That’s what we live for.

We’re always mucking around at soundcheck and there’s been a few songs that have come from playing stuff when we shouldn’t have been. I think it’s all about just having fun with it and we’re so lucky that during our touring schedule we have the opportunity to do that. Our team realizes that it’s an important part of our band and we’re lucky to have the time and the resources to have fun with it.

‘I think that’s my tip for other bands – to just have fun doing what you’re doing’.

What do your parents think of your music?

They like it! They’re very proud of us but, to be honest, they’re probably a bit surprised that we’ve even made it this far. They’re just as blown away as they are and probably a bit confused about what we’re actually doing.  We used to rehearse in Nick’s parent’s shed and I think they were just happy that we weren’t roaming the streets at night. We would set up after work to play and there was a period there where we really got stuck into it and came together as a band. They put up with listening to our racket for years, so they’re all very proud now.

‘Our parents actually missed it when we left that garage… they said the afternoons
were too quiet’.

If no one was ever going to hear your music, would you still make it?

When we started making music we didn’t even  think anyone would want to listen to it, so yeah, I’d have to say yes. I reckon we’d be stoked just getting up on stage to an empty room. The joy that we get playing together and watching each other when we’re performing or even just rehearsing is amazing.

You can watch Ocean Alley’s latest Triple J ‘Like A Version’ here. The band are touring nationally throughout the year, including Next Exit festival this May.
For all dates visit www.oceanalley.com.au 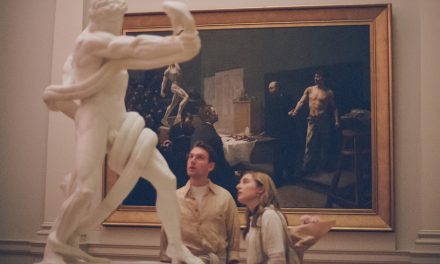 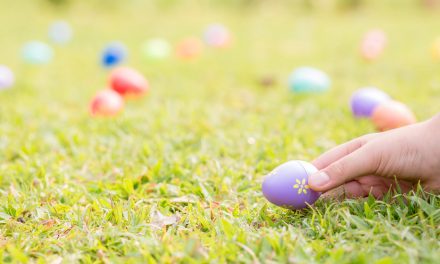 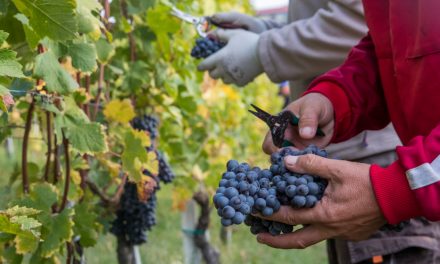