The Inn is quintessentially Ainslie, the heritage windows and rooftops bare sweeping views of Mount Ainslie. While it’s likely the locals will want to keep this one on the hush hush and all to themselves it’s unlikely it will be a secret for very long.

Ainslie Shops has become an unrivalled suburban gem.  The Ainslie IGA imparts its rich history on the area, while thriving venues such as Pilot, Mama Dough and the Bakehouse uphold modernity.

Owner Frank Condi – who also owns the venue below The Inn, Edgars – has a foot in many other popular hospitality venues around Canberra. The Inn feels as though he has saved the best until the last, a concept heavily designed around tending to local needs.

The space is as much for socialising as it is for drinking. The Wakefield Function Room spills to the back of the venue, hosting up to 100 people around private a kitchen & bar with the convenience of its own working kitchen to make events seamless. The space is suited to corporate gatherings with the option to block off half the space and meet around a long wooden table and screen or convert for intimate dinner parties.

Joining the function space and wine room is a light-filled covered courtyard you can utilise pre or post dinner. The dining room is cozy, there is an appeal to dine on the bar seating overlooking the magic of the kitchen

The menu has charming restrain not to overlap food items with its sister venue Edgars, whom have an above standard gastro pub menu.

With no disrespect to the larger plates on the menu, they did play second fiddle to the starters. We had the beef tartar, cod carpaccio, king prawns and baked eggplant smothered in an Italian red sauce. The large plates are bistro-themed, cooked on a massive Asado grill allowing the flames to add an incredible charred flavour. The sambal chicken will catch your attention for good reason. Paired with a papaya salad (presented in noodle form), the freshness cuts through the tender spice of the chicken.

Most wines are available by the glass with Canberra wine ruling the list – as it should.

If you’re not from the area The Inn is worth travelling for. For those who are close leave your car at home and enjoy a good vino or two.

The Inn is looking to open to the public in the coming days. Stay updated at @theinn.edgars 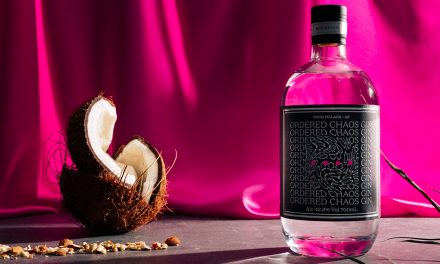 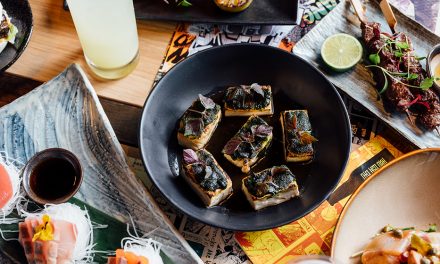 February 25, 2021 | Food & Drink, Dining
Returning in March for its seventh year, Canberra Good Food Month will be celebrating the very best the capital has to ... 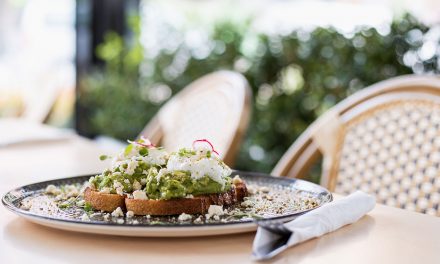 A Bite to Eat on Anketell St South.Point