Good Food Month, presented by Citi returns to the capital city this March for its 6th year. Canberra’s evolving dining scene will celebrated with inspiring chef collaborations throughout the month.

Venessa Cowell, Head of Nine Food Events said, “This year’s program brings together some of Australia’s fiercest culinary forces who are pushing the boundaries and creating delicious and dynamic plates around the country. We are also proud to champion Canberra’s incredible young rising talent that will soon lead the charge in evolving the country’s dining culture.”

Expect a riot at Canberra’s original game-changing dining space, as GOMA chef Matt Blackwell rolls into town for this one-night-only event at Monster Kitchen and Bar. Fresh from Brisbane’s art mecca and known for his ever-growing tattoos and love of music, Blackwell will bring authentic artistic flair to the dinner table, curating courses of creative plates using the finest local and sustainable produce, set to a soundtrack of perfect feasting tunes from a special guest DJ.

After spending the past five years at his lauded Los Angeles restaurant E.P. & L.P., acclaimed chef Louis Tikaram returned home to Australia last year to run the two-level, palatial Cantonese restaurant, Stanley, at Brisbane’s Howard Smith Wharves precinct. This Good Food Month, Tikaram will be making the journey south for the first time since his return to share a culture-clashing menu with Canberra at the award-winning Malaysian-inspired Lanterne Rooms. Bringing together the fire from his Southeast Asian menus at Longrain and E.P./L.P., the refined delicacy of Cantonese cuisine from Stanley, and the authentic Nyonya flavours that dominate the menu at Lanterne Rooms, Tikaram will create a six-course banquet that will take guests on a flavour-packed culinary journey.

Guided by award-winning chef Ben Willis, this year’s stable of talented young chefs will serve up a feast at Aubergine, Canberra’s sleek fine-diner that has consistently been awarded two Good Food Guide chefs hats for the past seven years. The best young chefs from Canberra will showcase how this new generation of Australian talent do things with four courses of innovative flavours, creativity and exceptional presentation. The full list of young chefs will be announced soon.

If the future is female, Alanna Sapwell of Brisbane’s ARC Dining is leading the way for chefs in Australia. Nominated for Chef of the Year, and Arc Dining for New Restaurant of the Year at the 2020 Good Food Guide awards, Sapwell has become known for her ardent support of ethical farming and native produce. Sapwell will join forces with industry legend Sean McConnell, who has long been pushing the boundaries in the Canberra dining scene. The duo will be cooking up a storm in the kitchen of McConnell’s most recent restaurant and newest darling of the NewActon precinct, Rebel Rebel.

Presenting Partner Citi is offering their customers a 20% discount on tickets when customers pay with a Citi card. Tickets are limited and are available until the allocation is exhausted. 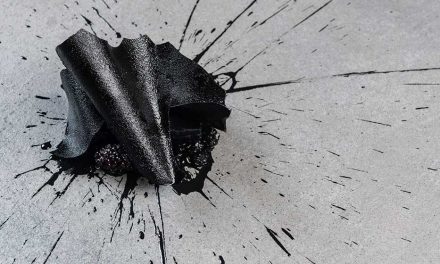