Get to know the Inka chef ahead of the opening Chef Muir will be introducing Nikkei cuisine to the local food market, a meld of Japanese and Peruvian food cultures when the new Bunda Street restaurant opens. The interesting collide has become a global phenomenon requiring a globally qualified chef to do it justice for Inka’s inception into Canberra.

The menu will be heavily focused around tropical seafood incorporating a raw seafood bar with endless ceviche and sashimi options. Some menu items will be focused around Japanese precision and refined flavours while others will dip into the colourful Peruvian side of the spectrum and bring incredible flavour.

Inka is expected to open mid-January, yet in the meantime we get to know Canberra’s new, exciting chef.

Muir has a wealth of experience with some of the world’s leading hospitality brands including an impressive resume across the global culinary market. He began his career training with some of Australia’s most influential chefs, Neil Perry & Kylie Kwong, at the renowned Rockpool restaurant in Sydney. Most recently he served as the Executive Chef at acclaimed Zuma in London and Istanbul, a Michelin restaurant known for a sophisticated twist on Japanese dining.

It is fair to say Muir enjoys the burn of hospitality, specialising in launching new venues for global hospitality groups across London, Istanbul and Dubai, most notably for D&D Group & Ramsay Group. He has found a niche in menu and concept development, kitchen design, staff training and launching into foreign markets.

His time overseas has taught him how to be an adaptive chef, constantly changing to the seasons with menus to suit food availability and supply, flavours that speak to each climate and quality time spent getting to know the region in which he works. Living the last 20 years abroad, sourcing ingredients direct from the producer has become second nature to the chef. After experiencing spawning seasons and produce import bans the chef has a deep respect for ingredients. His dedication may or may not have led him to smuggle 90 kilograms of frozen wagyu across an international border.

He has extensive experience in the catering industry, previously working for Katarzyna Group where he was in charge of upmarket catering for high-profile celebrities in the music industry. Many years have also been spent leading food revolutions for luxury resorts including the Raddison in Vietnam and Dubai’s most renowned landmark the Bushman’s Restaurant at Anantara Palm.

Having completed high-school in Canberra in the 80s, Chef Muir is excited to return to the territory and impart his global culinary wisdom through one of the world’s most cutting-edge cuisines. 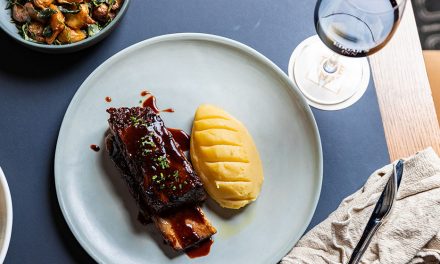 Our Journey Upstairs to The Inn 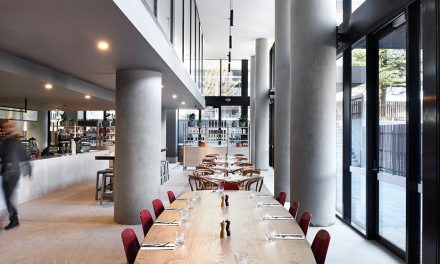 July 28, 2021 | Food & Drink, Dining, Wineries
For the love of great food and exceptional wine, get yourself a table at Braddon Merchant’s wine dinner series. Ret... 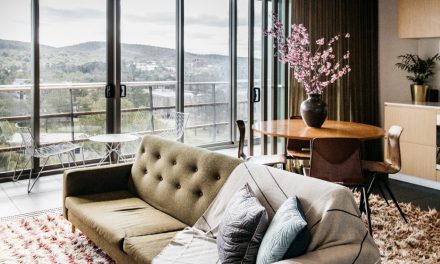 The Perfect Getaway: A Staycation and New Menu from Ovolo Hotels