Canberra’s own pop culture festival GAMMA.CON is returning 3-4 August 2019! From its humble beginning at the ANU, GAMMA.CON has rapidly out-grown many venues around Canberra and is now hosted at Exhibition Park.

‘It really is a Canberra success story’ says GAMMA.CON Convener Isabella Hurst, Head of the volunteer-run event organising committee. ‘From 250 attendees in its first year on the ANU campus to over 6000 last year at EPIC, and this year we’re aiming for even more.’

Attendees will also have the opportunity to ‘geek out’ with GAMMA.CON’s special guests. Which in previous years have included internationally-recognised professional cosplayers, gaming and TV personalities, actors, and anime voice actors from around Australia and overseas.

All the very best in pop-culture will be on display at Gamma.Con 2019. Get set for a weekend of video games, board games, anime, comics, sci-fi, fantasy, books, arts, crafts, collectables, live show, panels, workshops and much more.

Early bird rates offer 20-30% off. Children 7 and under get free entry. 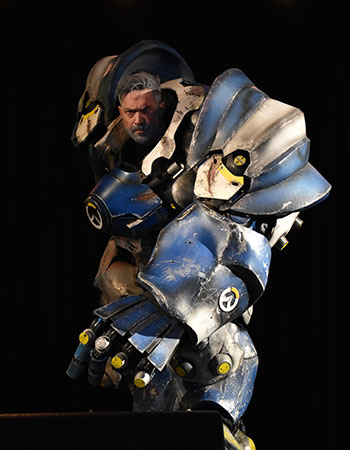 Who's got the best chips in Braddon Dendy is reopening this week! Canberra's only VR escape room just landed