Which came first the suburb or the local?

As neighbourhoods are expanding in the new West Belconnen suburb of Ginninderry, residents can rest easy knowing The Brindabella will make up the foundations of the new area. It opened on the weekend, just in time for a kick-off of weekend football grand finals.

Let us stop and think, where currently do you go for a drink in Belco? Overlooking the Brindabella Ranges is Canberra’s newest suburban local by the owners of the renowned Duxton in O’Connor. This new venture is sure to see locals flocking for a bevvie or for the picturesque landscape. The lucky neighbours from the surrounding homes will be able to stumble home on a warm summer’s night.

“At the Duxton we pride ourselves on being a venue for locals and The Brindabella will be no different,” David Quinn, General Manager says. “We recognise there is a major need for this type of offering in the region, especially with the predicted population growth over the next five years.”

Trading 7-days a week, 10am til late on an enormous block which offers a sports bar, TAB, and kids play area; this location is almost a little too surreal for an after-work drink. The new bar and bistro – which will undoubtedly adopt the nick name ‘Brindy’ – looks over spectacular views of the Brindabella’s and the manicured green lawns of the Magpies Golf Club which has just undergone a multi-million-dollar refurb.

The menu follows a classic bistro-style, much the same as the crowd-pleasing food offerings at the Duxton. Burgers, schnitty’s, pizza and steak options are essentials, plus some snack foods including the likes of mac & cheese spring rolls, sweet potato arancini, ham hock croquettes and an inviting selection of local cheese and meats. 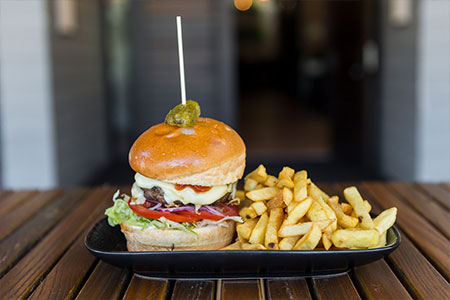 January 22, 2020 | Entertainment, Music
ANTHEMS Music Festival will return in 2020 with a star-studded line-up of Australian icons who will perform at Commonw...
More Articles
Loading...
Loading...