In the vein of the Australian crocodile horror Rogue (or perhaps more aptly: croco-horror – someone make that movie, stat), Crawl crashes into cinemas with a slew of killer alligators that seem relentless in their quest for human flesh.

Things haven’t been all that peachy since college student Haley’s parents got divorced, and Haley (Kaya Scodelario) hasn’t spoken to her dad, Dave (Barry Pepper), much. But when a massive hurricane hits her Florida hometown, Haley feels obligated to go in search of her dad instead of evacuating. She finds him gravely injured in the basement of their family home, and the two become trapped – not only by rapidly rising floodwaters but also a few vicious alligators.

Luckily, Haley gained her college scholarship based on her swimming and what do you know it, Dad was her swimming coach. While trying to escape the labyrinth of pipes from under the house, Haley and Dave catch up and try and work through their strained relationship. Haley is reminded, somewhat ironically, of Dave coaching her to be the “apex predator” all those years ago.

Sometimes all you’re after is a simple monster movie. Too often the cinema is full of horror films or monster flicks that try to be so much more than what they are, and rarely is it executed well. Crawl is unapologetic in its simplicity: it is nothing other than a girl and her dad battling gators in a fight for their lives. Director Alexandre Aja has a penchant for ridiculous horror – with titles like Horns, The Hills Have Eyes and Piranha 3D under his belt. With Crawl he feeds off what is already a very sensible fear of one of nature’s true apex predators, mixed with the unstoppable vengeance of mother nature.

Perhaps the major disappointment comes from the fact that our heroine did not once utter “see you later, alligator” as she disarmed one of the toothy beasts. A missed opportunity to say the least.

Book your tickets at Dendy 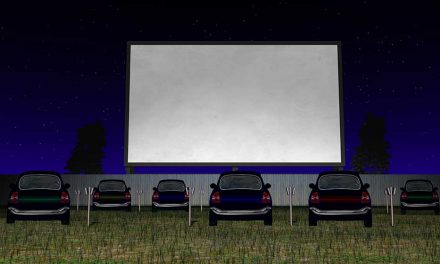