Gig Guide: What’s on in August Canberra’s music scene is ramping up in the month of August.  We’ve put together a list of gigs you should be snagging a ticket to.

Xavier Rudd, UC Refectory, Thursday 2 August: Multi-instrumentalist folkie favourite Xavier Rudd is touring nationally on the back of his ninth studio album Storm Boy.  Known for his music as much as the poetry of his lyrics, expect a spiritual gig you can still dance to. Ticketing deets here.

The Preatures, The Basement, Friday 3 August: These guys have recently jumped on the touring circuit alongside teen heartthrob Harry Styles, and are heading around the country on their biggest regional tour to date. Tickets have been selling like absolute hotcakes and the gig is SOLD OUT. If you’re feeling hopeful you can jump on the waitlist here.

Cosmo’s Midnight, UC Refectory, Friday 3 August: After claiming the title of triple J’s #1 most played song of 2017, Australia’s favourite twins have set out on tour. The duo has curated a unique sound which magically blends R’n’B, house and electronic music. They now boast fans from every corner of the globe, with their tour going worldwide. Grab a ticket quick here.

Regurgitator, The Basement Saturday 4 August: Get nostalgic and rock out to all your fave classics when Regurgitator hits Canberra. These guys sure know how to put on a show. Make sure you come early for support act Glitoris & The Stress of Leisure. Tickets have been out of control and have SOLD OUT. Chuck your name on the waiting list here.

Friendly Jordies, Molo Live @ ANU, Thursday 16 August: He’ll be sure to laugh your socks off. Friendly Jordies is setting out on an Australia-wide tour that’s hitting all corners with 15 tour dates. Be sure to see him in action! Tickets available from moshtix here.

Isaac Butterfield, MOLO Live @ ANU, Saturday 18 August: Isaac Butterfield has brought his long-awaited tour Down Under. Butterfield is no newbie on the comedy scene, as this will be his fifth year cracking the laughs. He has perfectly crafted his favourite jokes that have potential to be ‘Bad for your Health’ – which is coincidentally the name of his show. Tickets can be purchased here.

Pete Murray, The Basement, Sunday 26 August: One of Australia’s most loved artists is popping into Canberra to remind us exactly why we get that warm fuzzy feeling when we hear his tunes. He has announced a 3-part acoustic tour around Oz and Pete’s got too many heartthrobs and the tour is SOLD OUT. Be sure to get your name on the waitlist here. 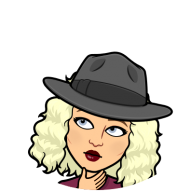