MUST SEE GIGS THIS JUNE Come down to Magoo’s on the 5th of June to support Tori Chard, a talented local artist who is a proven crowd favourite. Tori’s style is influenced by pop, jazz and alternative music, with her vocal range likened to that of Amy Winehouse and Christina Aguilera. Book a table by calling 02 61937935 to make sure you don’t miss out on seeing this incredible young artist.

Are you craving some classic Rock n’ Roll? Look no further than this because Frankie J and Wilbur have got you set, playing classic Aussie Rock n’ Roll at the Harmonie German Club from 8pm. Strap yourself in for a night full of singing, dancing and laughs with Frankie J as the front man and Wilbur on sax, serving up hilarious banter, and performing all of their greatest hits. Don’t miss out, make a booking here.

Canberra Musician Hope Wilkins has an extensive vocal range and honest songwriting skills that has gained her lots of attention from Triple J, as well as other community radio stations. Bringing her tour back home to Canberra at UC Hub, the indie pop/folk singer-songwriter will take you on an emotional rollercoaster with her music, drawing inspiration from other Australian artists such as Amy Shark. Tickets are strictly limited so don’t miss out. Get yours here.

After releasing a fierce new single ‘Something More’, Sam is bringing her music to Canberra, featuring singer-songwriter, Kim Yang. Sam is known for her intimate ‘soul baring’ performances, songwriting, storytelling, live loops and sampling. With Triple J calling her music “direct and emotional” and FBI radio describing her as “ferociously talented”, she is a must-see artist. Tickets available here.

Aussie pop icons The Veronica’s are bringing their Godzilla V Human tour to the capital, performing their most loved songs, as well as new music from their new album. As expected, seats will be limited, so make sure you buy tickets here before they are all gone!

After performing in the UK, North America and Europe for the past year, alternative rock band the Rubens are coming back to Canberra to celebrate their new song ‘Live in Life’. Tickets are extremely limited, so make sure you get yours here before it’s too late!

Thelma doesn’t come to Canberra with nothing to show, boasting 9 ARIA nominations, 3 songs in Triple J’s Hottest 100 and placing second in Triple J’s album of the year listeners poll with her album ‘Better in Blak’. Get the chance to see this talented Gamilaraay singer-songwriter perform her successful album live by purchasing tickets here before they sell out. 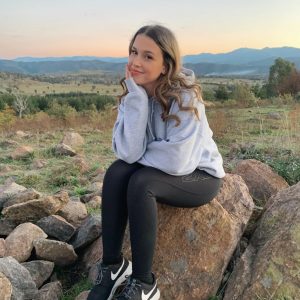 Claudia is a final year Marketing communications student who also has a passion for writing and graphic design. When she’s not studying you can find her at a sushi train, on a road trip, watching Friends or playing Sims for hours on end. 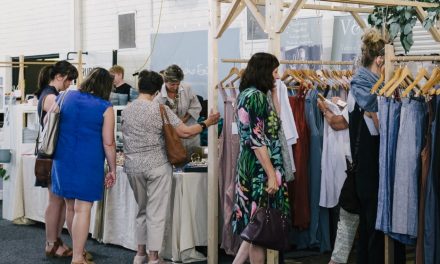