Hip hop and Oxfam mix it up for new show A Canberra hip hop artist is using his next show to tackle poverty around the world.

In collaboration with Oxfam, emerging hip hop artist Kirklandd has announced his first headline hometown show, to be held at Transit Bar on Saturday 9 December.

Kirklandd is putting on this show to promote his new single, Faded, a fresh take on the recent wave of hip hop that has emerged in Australia. The track seamlessly blends a range of genres, adding a distinctive voice to the capital’s rapidly growing music scene.  Canberrans would have had a taste of his previous shows supporting Dylan Joel, Seth Sentry, and The Ansah Brothers.

The recently announced show is the final stop on a three-date tour, which includes gigs at the Oxford Art Factory in Sydney and Melbourne’s Boney. The Canberra leg will feature support from some of the city’s most exciting emerging artists, such as The Ansah Brothers and Moaning Lisa.

Half of the show’s profits will be donated directly to Oxfam. Oxfam work tirelessly to tackle poverty around the world, helping over 22 million people in 85 countries lift themselves out of destitution, through financial aid and community projects.

“I’ve been waiting for the right opportunity to work with Oxfam for some time now, and I’m excited about them getting on board for the tour,” said Kirklandd.

“I think the work they do on a national and international level is invaluable, and to use the music as a vehicle to steer people in their direction is sick. It’s going to bring a strong community feel to this run of shows.”

Grab a ticket to Kirklandd’s show from Moshtix, here.

January 20, 2020 | Entertainment
Dami Im, X Factor winner and Eurovision star, will be the headline act at the National Museum of Australia’s By the Wa... 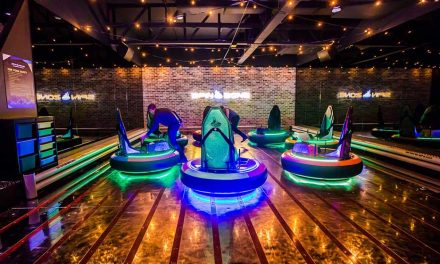 Zone Bowling reopens in 2020 with an overload of fun