Ensemble cast with a murderer amongst them

Murder on the Orient Express Mix in a bit of Sherlock Holmes (if he was a Belgian man) and you have Hercule Poirot, the detective whose job it is to crack the case aboard the luxurious Orient Express after a guest is stabbed to death during a snowstorm (but I won’t say who!).

Happenstance has them conveniently trapped on a bridge in the Alps just long enough for one of Kenneth Branagh’s soliloquies to finish, and for the wise and somewhat rude investigator to solve the mystery. This is much to the chagrin of the killer, whose detailed and master scheme is unravelled by a man with savant-like attention to detail and OCD powers.

The majority of this movie is talking; I don’t know what else you’d expect from a crime caper. So to skirt around the fact the film is a tad boring, they populated it with an immense cast comprised of Daisy Ridley, Judi Dench, William Dafoe, Penelope Cruz, Johnny Depp and many others. And with Branagh as the lead and also the director, he’s done his best to make the film interesting, with some weird and wacky framing techniques, long takes and twists and turns to keep you in suspense.

If you put a screenwriter’s brain on it, the mystery is quite easy to solve but you’d be better suited just sitting back, relaxing and enjoying the safe onward journey. The film has just enough intrigue to keep the flow going, and the script is tight despite its theatrical like pacing. The film is carried by Branagh’s portrayal of Poirot, who controls every scene with his distractingly good moustache.

This film is a complete contrast to the usual Hollywood production you’d expect. Perhaps as this is based off an Agatha Christie novel, one could assume this is for an older demographic but in all honesty, the film is very inoffensive in its simplicity and fun. And despite the special effects at some points coming off as fake as Branagh’s Belgian accent, there is a nice candour to Murder on the Orient Express that makes a tight little film, with a catharsis that feels like a cinematic palette cleanse.

Still, I can’t avoid the cold truth, which is the struggle of this film to be dynamic. Beholden to the source material and genre, Murder on the Orient Express tapers on the side of ‘dreary’ a bit too often. 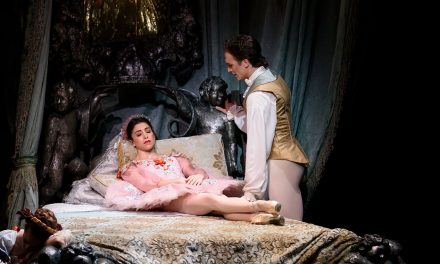