Due to a major sponsor pulling out, the Braddon Block Party has moved to Saturday 4 March, 2017. But have no fear – the date change only means that its committee can work on making the anticipated event even bigger and better than imagined!

The streetscape extravaganza is the brainchild of a dedicated team of Lonsdale Street traders, who have joined forces to bring to Canberra the inaugural event of the annual celebration. The big day out will light up the streets with the best that Braddon has to offer, including food, beverages, clothing, market stalls, parades, live music, live street art, activities for the kids and so much more!

Co-organiser Damien Maher, from Newcast Studios, says that the new proposed date means the party can take shape next year in the way that it was planned for initially.

“Having more time up our sleeves is amazing because we can really focus on honing in on all the amazing food venues, retail shops and services that the Braddon precinct has to offer and showcase to the community with an even bigger Braddon Block Party,” he says.

“We’ve secured funding moving forward for further improvements to Braddon and established the Braddon Precinct Limited, a not-for-profit set up to ensure Braddon gets the treatment required as it continues to develop and evolve..”

“To align with Enlighten, Braddon Block Party will also be blanketed by a canopy of stunning lighting, switched on by Chief Minister Andrew Barr,” Damien adds.

Braddon Block Party 2017 is a true community event, put together by the community for the community. So mark Saturday 4th March in your diaries, and come along to enjoy a brew, explore the streets and meet the faces behind Braddon’s traders. 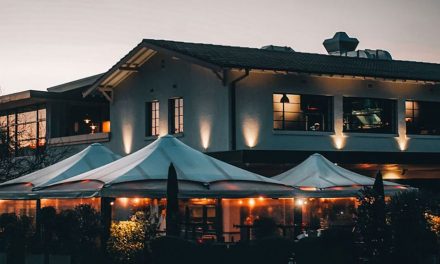 July 14, 2020 | Film, Entertainment, Uncategorised
If you missed this feeling of reclining in a black leather seat with warm buttered popcorn in hand, then you’ll be exc...
More Articles
Loading...
Loading...
X
X